Angelo Brocato® Original Italian Ice Cream Parlor has been operated by the Brocato family in New Orleans, Louisiana for over one hundred years, but our history is steeped in the Sicilian traditions that could be found in the capital city of Palermo at the end of the 19th century. Along with his brother Giuseppi, our grandfather, Angelo, began his apprenticeship in one of the city’s most elegant ice cream parlors at 12 years old. Through shuffling ice and salt to master chefs and choosing the ripest and finest fruits for producing granita, he learned the special recipes that have been handed down from generation to generation. As the Mediterranean fall turned to winter, all production efforts turned to baking and candy-making. During these cold seasons, young Angelo began to master the production of assorted biscotti, torrone, frutta Marturana (marzipan) and many other confections. Most importantly, he learned the necessary techniques to manufacture the famed cannoli Siciliana; these techniques and recipes are still used today in our North Carrollton shop. 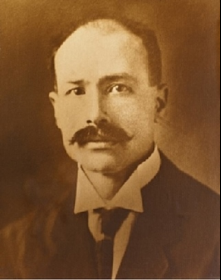 Angelo opened his first storefront in the 500 block of Ursulines St. in the New Orleans French Quarter. He churned the ice cream by hand, producing flavors that had not been known before in New Orleans. The very first flavor he offered is still produced today: torroncino, a vanilla-based gelato with cinnamon and ground almonds. Finding a bounty of citrus similar to what was available in Sicily, he also manufactured granita al limone. Italian residents of the French Quarter would come early every morning with their warm bread to dip in Angelo’s freshly-made granita al limone for breakfast. Known simply today as lemon ice, it was then and is still a staple for New Orleanians looking for a cool delight during the hot and humid summer months.

Under the watchful eye of its founder, Angelo Brocato’s prospered in the first half of the 20th century. As business grew, he moved the shop to a larger location at 615-617 Ursulines St. Here, he had the space to more accurately recreate the elegance of the Palermitano ice cream parlors in Sicily, where he apprenticed. A tireless dedication to his customers and his pursuit of the highest-quality ingredients for his products ensured that Angelo’s shop survived the Great Depression that followed World War I and the shortages of key ingredients during World War II. Following his death in 1946, his sons, Angelo, Jr. and Joseph continued to operate the store, maintaining their father’s principles while carefully adapting to the various changes that followed the Second World War. Over the next three decades, the population of the French Quarter shifted dramatically as many people moved to the suburbs. The Quarter was becoming less residential, and the customer base was moving away from the retail store. The widespread use of the home freezer allowed the brothers to begin to service their same customers through wholesale delivery. Joseph and Angelo, Jr. sought out grocers, restaurants and specialty stores throughout the region who already serviced these clients. This wholesale business also exposed our family’s products to New Orleanians from various areas of the city. The brothers continued to grow the business until the early 1970s, when Joseph retired and our father, Angelo, Jr. brought us – the very generation that operate the store today – into the family business.

After almost 80 years in the French Quarter, the Brocato’s decided to move the store to its current location in Mid-City. The new buildings allowed us to expand the business while modernizing and streamlining its production facility. The North Carrollton Avenue store still retains the Old World atmosphere that had been carefully created on Ursulines Street: slowly turning ceiling fans, rows of apothecary jars containing colorful candies and white, glass-topped tables transported customers back to the era of Angelo, Sr., an era when the fashionable Sicilian parlor flourished.

At the turn of the second century of the shop’s operation, Brocato’s was still thriving. Customers relished the friendly service and delicious products, while everyone respected our reliance on high-quality, local ingredients and small batch production of traditional favorites. In addition to generation after generation of New Orleans families coming to Brocato’s, large numbers of visitors began to enjoy coming to the shop as they sought authentic local experiences outside of the French Quarter. Brocato’s began shipping products out of town as people began to learn about the traditional techniques still being used to produce such endangered or otherwise mass-produced items, like the true Sicilian cannoli. We planned for and executed a renovation to increase the seating space available in the retail shop in time to celebrate the 100th anniversary of Angelo, Sr.’s landmark opening of his first shop back in 1905. The renovation was completed in time for the celebration, in July of 2005. Only two months later, Hurricane Katrina hit New Orleans and inundated the entire Mid-City neighborhood with water. Angelo Brocato’s was filled with over five feet of water, and was shuttered for thirteen months.

Hurricane Katrina displaced almost all of the Brocato family, as our homes flooded along with the retail store. Despite the huge hurdles that loomed ahead, both for the business and the city, we channeled the tireless spirit of our grandfather, Angelo Brocato, Sr., along with his ambition and optimism, in order to gather the strength to reopen. Buoyed by the support of local community members, customers and various organizations, we reopened Angelo Brocato’s on September 23, 2006. People waited patiently in a line that reached down the block, entertained by Bobby Lonero and Benny Grunch and the Bunch, surrounded by the still-devastated neighborhood. The reopening was a tremendous source of inspiration and pride. We are still in awe of the love and support that we receive from our neighbors and friends in the community. We strongly believe that the techniques and principles held dear by our grandfather, Angelo, Sr., have guided us to the highest levels of quality assurance and customer service, and that these pillars of our business will carry us into this century and beyond.